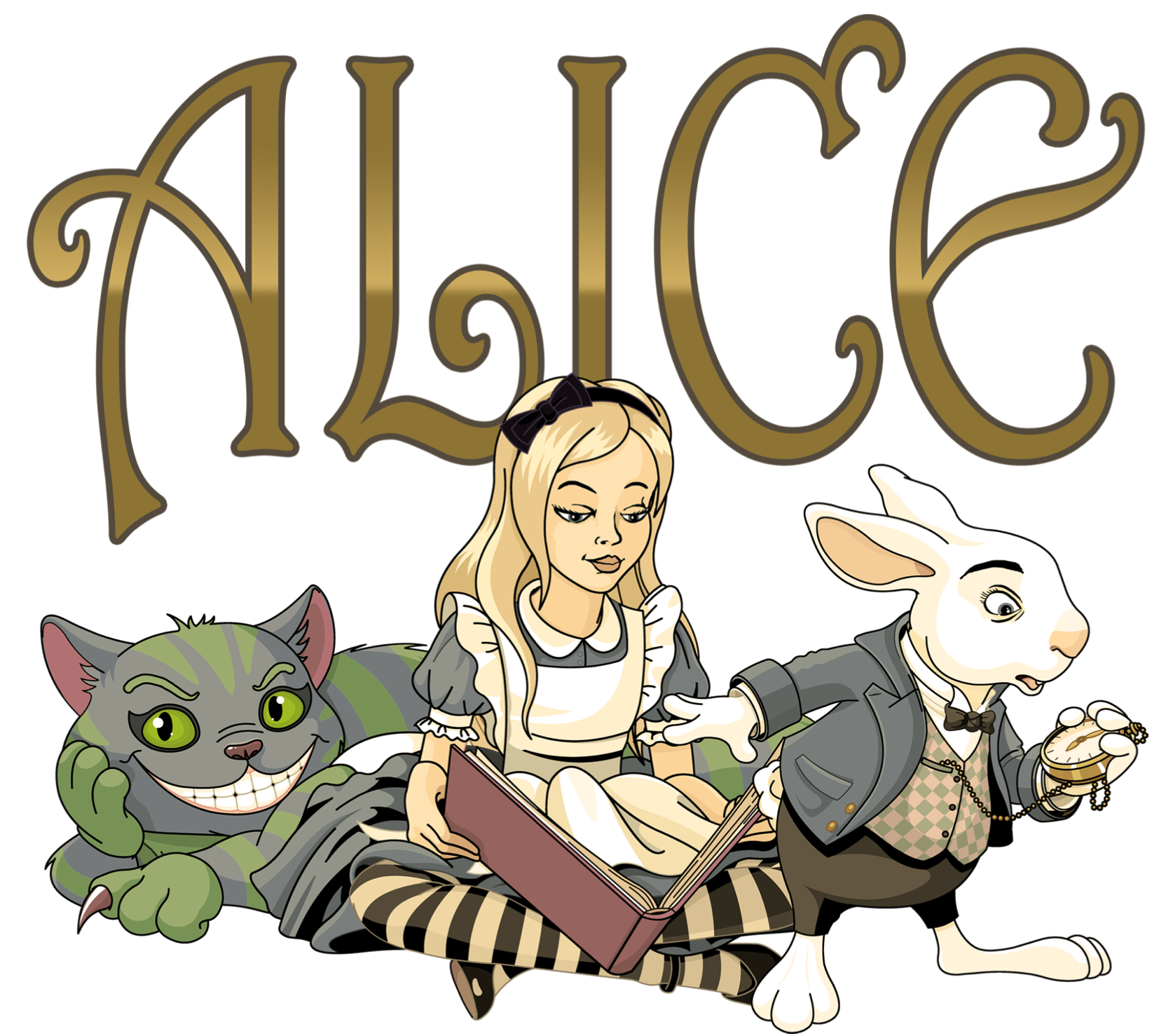 “Down the rabbit hole”

(While daydreaming during her etiquette lesson, Alice chases the white rabbit becoming large and small down the rabbit hole to a land of curious adventure)

(After swimming around in Alice’s pool of tears, the animals need to dry off, and the Dodo recommends a Caucus Race.  There are no rules, all of the participants run haphazardly around in no particular direction, and everyone wins!  The only catch is who has the prize?)

(Alice meets the Caterpillar in search for the White Rabbit.)

(Alice sees a Fish Footman lively approach a house and knock on the door.  A similarly dressed Frog answers the door, and receives a letter inviting the Duchess to play croquet with the Queen.  Alice creeps into the house and finds herself in the middle of chaotic proportions.  Fearing for the Duchess’s baby, she tries to save him from the situation and finds herself in an even more curious predicament.)

(Alice stumbles herself into the unruly world of the Mad Hatter and her friends: The March Hare and The Dormouse. Alice’s attempts for answers in regards to finding the White Rabbit, still remain a mystery.)

(The Queen of Hearts’ curious croquet match full of: cards, flamingos, and even a poor hedgehog for sport, all make up life in this unique wonderland!)

“Who stole the tarts?”

Characters: Entire cast from Act I

(The Queen of Hearts is trying to figure out who stole her tarts?)

(Alice awakens to find herself in a live chess match!)

(Time is a villain and a thief.  There is a lot to celebrate for Time and the Red Queen.)

“Through the Looking Glass”

(Alice reunites with a familiar face, The Caterpillar, in search of her crown.  After the caterpillar takes her new form, she guides Alice through the looking glass to follow Time and the Red Queen.)

(Exploring a persnickety garden, Alice cautiously watches 2 young queens in the middle of a match!)

(Time and his ticks don’t seem to have the same sense of humor with satirical fun as The Hatter, March Hare, and Dormouse do!)

(Curious insects whiz and whirl around Alice while she is trying to follow Times path. Even though the Gardner is lovely, she doesn’t give Alice a direction.)

(Daily life includes a daily duel for these Tweedles, not something everyone can relate to.)

(Everyone is on their own mission in life, and it’s in the crosshairs that we connect.  Sometimes we find clarity, but sometimes we end up more lost than before, even if others may try to provide aid.)

(She still may be scarce on direction, but Alice does meet a fun charmer they call  “Humpty Dumpty”, even if it’s a bit short lived.)

(Alice wakes up looking at a different version of herself, both find themselves wondering if any of this wonderly land is real, or a dream, or are we all just a little mad?)